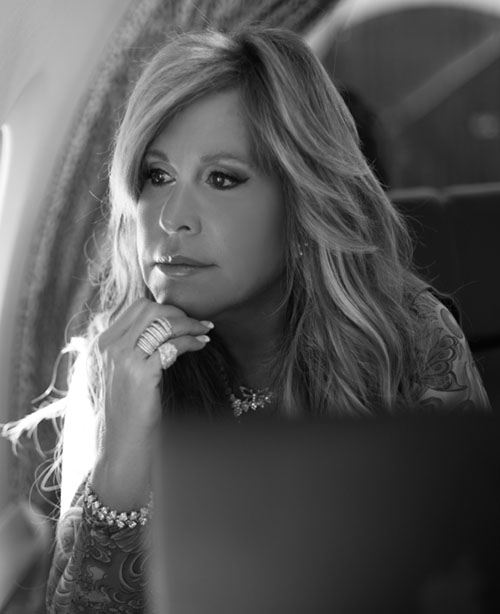 Lynn Tilton’s life journey has evolved from her birthplace – Bronx, NY- through the ivory towers of Yale and Columbia Universities to the male-dominated world of Wall Street. Today, as the founder and CEO of Patriarch Partners, she focuses not only on her portfolio companies but also on ”the Main Streets” of once thriving towns across America, that struggle for survival in the new economy that has turned its back on the American worker. Under Ms. Tilton’s leadership, Patriarch’s mission to rebuild America one company at a time and one job at a time have been made possible through tireless work ethic, innovative spirit and an unwavering quest for truth and light where others see hopelessness.

Ms. Tilton’s dedication to the achievement of excellence was fostered at an early age. As a teen, she was a nationally ranked tennis player, practicing nightly to improve her game from 12:00 am to 2:00 am when court time was free-of-charge.

Ms. Tilton later went on to play tennis at Yale University, where she earned a B.A. with honors in American Studies. It was during her junior year at Yale that she married her high school sweetheart, and lost the father who had been a great inspiration and motivational force in her life. Adulthood came without much warning. As graduation approached, Ms. Tilton sought the advice of friends as to which career path to pursue, and soon began interviewing at investment banking firms Morgan Stanley and Goldman Sachs, among others. She was the only candidate in her graduating class at Yale to be accepted into Morgan Stanley’s analyst program – an event that would serve as the launching pad for her career in finance.

Ms. Tilton left Morgan Stanley in 1983, managing restaurants that she owned while attending Columbia Business School. Upon graduation, she took a position with Goldman Sachs’ corporate finance group, focusing on IPOs, and later with Merrill Lynch, at their merchant bank, with a focus on leveraged buyouts. At 25, Ms. Tilton was the single mother of 2-year old Carly Jade, working 100 hours each week. After nine years at various investment banking firms, Ms. Tilton developed a clear understanding of how to successfully restructure leveraged buyouts gone bad and became fascinated with the investment side of the business. This led her to a position at Kidder Peabody, working on distressed debt research and sales, and proprietary investments in distressed assets.

In 1993, with the intent to spend more time with her daughter living in Florida, she began working from that state while commuting every other week to NY for Amroc Investments, the first firm to specialize in the trading of bank loans and trade claims. Five years later, at the urging of several of her accounts, Ms. Tilton left her partnership interests and founded her own bank loan research and broker-dealer firm, Papillion Partners, which would later be the basis for what is now Patriarch Partners.

Using her own funds, Ms. Tilton founded Patriarch Partners in 2000 on the investment principle that making money and making the world a better place are not mutually exclusive concepts. Led by Ms. Tilton’s strength and innovative vision, Patriarch Partners rescues, restructures and breathes new life into companies left for dead and piled upon the heap of creative destruction – a business practice for which few others possess the courage and dedication required to succeed.

Since 2000, Ms. Tilton and Patriarch Partners through affiliated investment funds have committed to debt and equity investments and provided operational and strategic expertise to more than 240 companies, representing more than $100B in combined revenues, thus preserving more than 700,000 American jobs that would have otherwise been lost through liquidations. It is Ms. Tilton’s belief that our country’s most valuable asset is human capital – and that job creation is the essential element to a true and sustainable economic recovery and prosperity. Her commitment to saving and creating jobs motivates her tireless daily leadership of the companies that currently comprise the Patriarch platform.