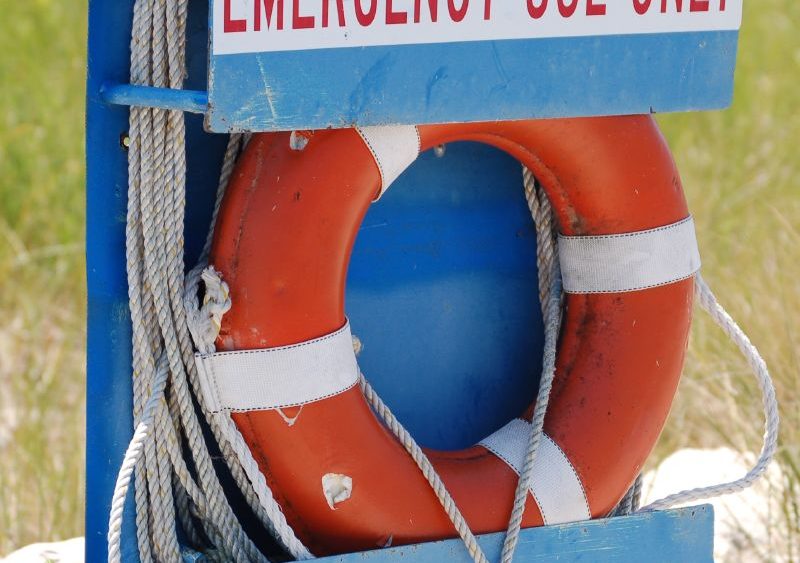 A Public­Private Program to Sustain and Create Employment through Incentives for Private Rescue Lending to Small and Middle­market Enterprises www.smerescueloans.com

As financially impaired banks have retrenched from traditional secured lending to small and middle‐market enterprises (SMEs) to preserve capital and repair balance sheets, a gaping hole in our financing economy has been shaped. More than eighty percent of this country’s work force is housed in companies with fewer than 500 employees. Middle‐market and smaller companies, the backbone of the American economy, have lost access to the traditional working capital loans upon which they have long depended for managing businesses in the ordinary course.

As a consequence to the sudden dearth of capital available in this market, companies that might otherwise rationalize and survive the current economic downturn are laying off workers ‐‐ layoffs that will result in permanent job losses as, without access to capital, these companies have no choice but to liquidate. This phenomenon is driving not only permanent job losses, but also the eclipse of technology and the destruction of transferable industrial knowledge, causing irreparable damage to the American economy.

The latest report from the Congressional Oversight Panel (“COP”) for TARP confirms that commercial and industrial lending has been significantly reduced at large bank recipients of TARP funds. New commitments for commercial and industrial lending at these banks have plunged 45.4 percent since October 2008.1 Decreased demand is the primary reason provided for the steep descent according to the Federal Reserve Senior Loan Officers Survey.2 However, the collapse in demand is inextricably linked to reduced credit quality of borrowers. Adding insult to injury, financial problems at smaller regional banks are on the rise with bank failures for 2009, as of October 2, standing at 98 banks representing $105.4 billion of assets. These reports, taken together, do not foretell a bright financing future for SMEs.

The Rescue Loans Program (RLP) will exploit unused TARP funding intended for the Public Private Investment Partnership (PPIP) to encourage qualified private investors to provide rescue financing to companies unable to access the bank loan or credit markets. This program will serve to temporarily plug the lending/financing void left by banks, hedge funds and collateral debt obligations (CDOs). Access to rescue financing will save many companies that might otherwise liquidate ‐‐ with a direct and immediately quantifiable sustainment of employment ‐‐ and will simultaneously assuage the most urgent and overwhelming threat to our economy, rising unemployment. The Rescue Loans Program is not a bailout; it is a direct investment in American jobs.

Rising Unemployment Poses the Greatest Threat to Economic Recovery
Prior to the financial crisis of last fall, available credit had reached the pinnacle of historic levels. However, with the implosion of this nation’s financial system, a vast overcorrection has ensued, leaving smaller and mid‐sized companies with nowhere to turn. The Wall Street Journal recently reported that loan portfolios at the 15 largest banks contracted 2.8 percent in the second quarter of 2009.3 The systematic liquidation of our middle‐market economy threatens to further shrink the U.S. and global economies and to drive permanent unemployment rates to heights not witnessed in generations.

The implosion of credit markets began as a Wall Street crisis but rapidly spread to Main Street, paving a path of destruction along its way. Credit markets seized and the global economy appeared to stand on the precipice of collapse. Governments rapidly intervened with myriad programs designed to slow the pace of damage. The TARP buttressed struggling financial companies. Liquidity programs were originated to resuscitate moribund credit markets. And new programs, such as the TALF and PPIP, were designed to thaw frozen credit markets and to inspire the private market purchase of so‐called toxic assets, respectively.

These programs succeeded, to varying degrees, in their respective ambitions to prime the pumps of specific financial markets. Although the grave risk of impending financial collapse may be behind us, the economy remains fragile under the weight of significant pressure. The fall‐out from the crisis of last autumn has given way to the new and dangerous threat of extremely high unemployment and permanent job losses, a prospect more frightening than others to most Main Street Americans. Absent an immediate rescue solution, unemployment could peak in excess of 12 percent with underemployment levels already approaching 20 percent, exacerbating demand destruction and further economic deterioration.

Credit Starvation to Middle­Market Companies Drives Job Losses For large companies, credit conditions have tightened, but capital is clearly available. Improvements in commercial paper, equity and high‐yield bond and loan markets have allowed large companies to rationalize expenses and operate, despite deep declines in revenues. For very small companies, SBA loans can often be accessed. However, the vast middle‐market between the two –‐ “the tween market” where approximately 40 percent of Americans are employed ‐‐ has fallen through the cracks of myriad programs designed to reignite credit markets.

The often ignored middle‐market, defined in a recent survey of this sector by Forbes Insight and CIT as U.S. companies with revenues between $25 million and $1 billion, includes 106,000 businesses that employ 32 million persons with revenues in excess of $6 trillion. According to the survey, 60 percent of middle‐market companies affirm that the credit market freeze has been detrimental to their businesses while nearly one out of three (29%) assert dissatisfaction with access to loans. The outlook for the future, in the view of those surveyed, was no brighter – 78 percent either foresee a further deterioration in the ability to secure financing (27%) or anticipate that the current dearth will remain steady (51%).

Middle‐market companies depend on working capital loans from banks to operate their businesses in the ordinary course ‐‐ to finance inventory purchases and to fund payroll and other operating expenses. In every business there are timing differences between the spend of capital to manufacture and deliver a product or service and the payment for those goods or services by customers. For most middle‐market companies, access to credit ranges from scarce to none. Battered by a perfect storm of declining revenues and a dearth of credit, companies are liquidating and terminating their work force by the hundreds of thousands each month.

The needs and performance of large companies garner significant attention, but their total labor comprises only a very small percentage of our nation’s total employment. Companies with more than 500 workers employ approximately 17 percent of America’s workers. Small and mid‐sized companies, on the other‐hand, employ more than 83 percent. Middle‐market companies, those with more than 50 but fewer than 500 workers, employ 39 percent of workers yet account for 44 percent of job losses – more than any other group.

In a normal recession, job losses, while painful, are anticipated and even necessary. Recessions cull the weakest companies, creating room for the strongest and most innovative to thrive. The process of creative destruction is perceived as integral to the successful performance of free market economies. However, this economic collapse is by no means a normal recession. Too many job losses are a result of changes in bank lending strategies and not directly linked to underlying economic forces. Companies that in previous recessions would have achieved work‐out solutions and forbearance from banks, or rescue financing from alternative lenders, now alarmingly find themselves without capital and with nowhere to turn but towards layoffs and liquidation. The economy is not in the process of cyclical creative destruction, but rather in the deadly grasp of secular, irreparable economic devastation.

The Solution – SME Rescue Loans
The most direct and rapid solution to stem job losses is to incent private enterprise to originate and monetize rescue‐financing loans for struggling smaller and middle‐market companies.

Funding The Rescue Loan Program (“RLP”) will access unutilized TARP funds already set aside for PPIP. Treasury originally intended that $75‐$100 billion of TARP funds be used for PPIP programs to purchase toxic loan assets from bank balance sheets. Yet, as of today, only $30 billion has been allocated for use in the PPIP Legacy Securities Program. The PPIP Rescue Loan Program will initially use $30 billion for equity and debt investments, leaving available an additional $15‐40 billion of the funds originally contemplated for PPIP.

Structure The RLP will be structured based upon similar constructions to those announced in the existing PPIP programs. Pre‐selected investment managers will raise a minimum of $150 million in equity capital, which will then be used along with $50 million of equity contributed by the Treasury. Private sector equity capital will serve as the first loss layer to both the loans and equity capital