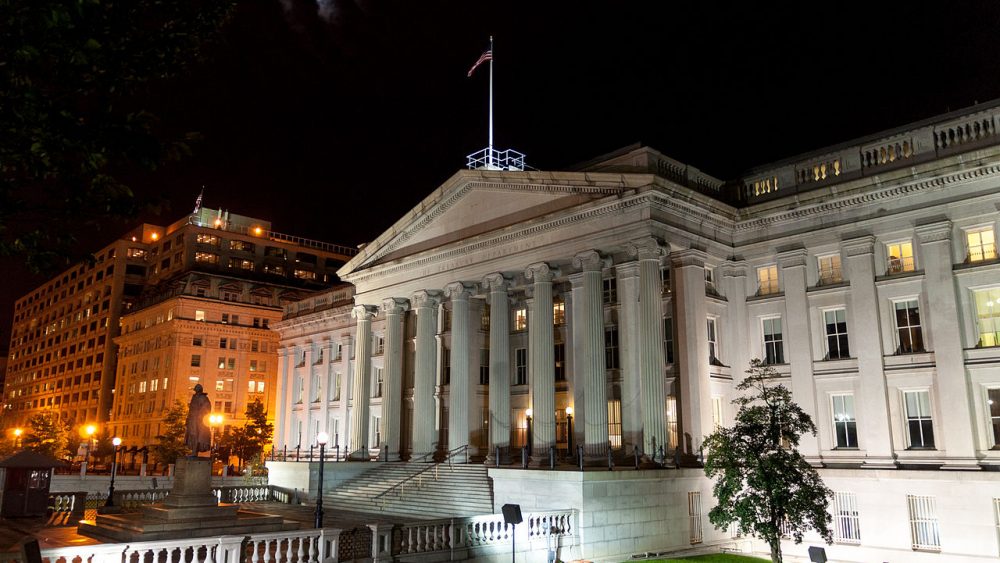 A Clarion Call to Rebuild America: The Creation of a Provisional Federal Bank

AS SEEN IN
The New York Times and The Washington Post

A MESSAGE FROM LYNN TILTON, CEO OF PATRIARCH PARTNERS, LLC

A Clarion Call to Rebuild America: The Creation of a Provisional Federal Bank

We live in the land of the free and home of the brave, a nation founded upon tales of rags to riches. The American dream, upon which our great nation is built, has suddenly transcended into a nightmare of foreclosures, layoffs and the destruction of our nancial institutions. And still, I have not yet witnessed the direct delivery of truth to the American people.

The truth is that the losses in our nancial markets are too enormous to be healed simply by bailing out the debts of our banking institu- tions. For a family rendered starving by a gambling parent, should we repay the bookie or instead afford food to hungry children?

Before we can move forward, we must accept that Wall Street greed, lax controls and the lobby against regulation foretold an

eventual economic disaster. The idea that a manufacturing na- tion could be replaced with a nancial market economy was ill conceived and veiled the import of job preservation. We need to immediately establish a provisional Federal Bank that will stimulate our economic resurgence.

The cold, hard truth is that many trillions of dollars have been lost which will never be recovered. Absent an altered strategy, much of the $700 billion dedicated to the Troubled Assets Relief Program will be lost forever.

With the use of excessive leverage and credit default swaps (“CDS”), synthetic instruments that reference underlying securi- ties, the natural balance of markets was abandoned. Such unregu- lated tools render gains and losses exponential in magnitude; the false oor has broken and the abyss into which our assets have plunged is deep, wide and unimaginable. Although our nancial system has been severely weakened by irresponsible lending and declining home values, CDS will take their place in history as the greatest nancial anathema of our time.

CDS and leverage, both, arti cially in ated the assets and conse- quent equity value in our nancial markets. With enhanced assets, more money could be borrowed, exponentially amplifying the liabilities or borrowed money in our credit markets. In an eco- nomic downturn, however, arti cially augmented assets devalue rapidly without a contemporaneous reduction in liabilities. Bor- rowed funds must be repaid with actual cash at a pace equivalent to the market driven or paper reduction in asset value. A virtual death-spiral is shaped as losses on levered assets decimate equity and coerce the rapid sale of assets to reduce liabilities. The re sale forces a more intense devaluation of assets and the cycle con- tinues. Therefore, as arti cially enhanced asset values evaporate, credit markets suffer steep and exponential losses.

The simpli ed example below illustrates the negative consequenc- es of unrestrained leverage and unfettered CDS:

At least in poker, a gambler’s bet is limited to his chips on the table. For perspective, the CDS market has been estimated to ex- ceed $60 trillion, while 2007 U.S. GDP was roughly $14 trillion. Financial engineering has long distorted the value of our markets and seduced Americans into a false security of increasing GDP, dismissing the need for value creation through the production of goods and delivery of services. Our middle market manufactur- ers, the unsung heroes and hope for this nation, are prime casual- ties of today’s credit crisis. It is essential that we make a national commitment to sustain our core economic base.

Liquidity must be made available not solely to big banks where Treasury-injected capital has been amassed to ll the cavity left by gambling losses, but rather expressly to deserving American companies and their people who will reignite our sputtering economy. A provisional Federal Bank must be initiated to foster enterprise and to provide job opportunities for every American. Whereas in times of great monetary loss, nancial institutions severely tighten credit, a provisional Federal Bank would assure access to capital for businesses with appropriate collateral and the commitment to embrace change. Incentives should be struc- tured such that market forces gradually overtake the provisional infrastructure.

Although many Fed actions have aimed to enhance liquidity and extend credit, none such action has resulted in direct lending to smaller and middle market companies upon which a resurgent economy will depend. Until the depth of losses at banks can be quanti ed, there exists no mechanism to measure the magnitude of Fed funds necessary to establish capital bases suf cient to loosen credit. Although the purchase of short term commercial paper is bene cial to large and strong corporations, this market is accessible only to investment grade companies and therefore does not support much of our essential economic base.

Truth is the starting point on the path to recovery and renewal. Once losses are quanti ed, coordinated solutions can be identi- ed and executed. With truth, the unknown vanishes, panic and fear subside and the long journey home can begin.

This country has long been a meritocracy founded upon educa- tion and work ethic, a nation in which each one of us could over- come the circumstance of birth to live the American dream. This is not a time in our nation’s history for panic, self-pity, entitle- ment or complacency; it is a time for discipline, hard work and cooperation. Call me naïve, but I believe that faced with the ugly truth, we will roll up our sleeves, raise ploughshares and stand to- gether to rebuild America. The power and pride of a nation radi- ates not only from its military and strength of leadership, but also from its prosperity and generosity toward others that such wealth affords. Capitalism encourages the people of all nations to reach beyond their status. In the words of Winston Churchill, “In war as in life, it is often necessary, when some cherished scheme has failed, to take up the best alternative open, and if so, it is folly not to work for it with all your might.” We must never forget the inextricable link between great power and great responsibility; when much is given, much is expected. Power lies in prosperity and our salvation in truth.

In order to buy equipment, a company borrows $1 billion in the form of a secured bank loan. This loan is placed in structured portfolios by lenders, where equity is levered at a minimum of 10-to-1. This means for every $1 of cash equity invested, $9 are borrowed from nancial markets.

Due to economic conditions, the company loan has lost 40% of its value, representing a $400 million loss to lenders. However, because structured portfolios are not easily unraveled, lenders must continue to pay interest on borrowed money (8.5%) until maturity (8 years), despite defaults and declines in asset values. Because lenders have used leverage and pay- ments of interest remain owing ($900 million x 8.5% x 8 years = $612 million), a decrease in value of 40% can equate to losses to the detriment of nan- cial markets in excess of $1 billion ($400 million + $612 million) due to the effect of lost asset value and remaining interest owed on borrowed money.

Another $10 billion of synthetic term loan has been fabricated—pulled from thin air—and sold to the market (via CDS) by banks. CDS loan se- curity is modest or insigni cant as CDS represent bets on the underlying performance of the original term loan described above. The 40% loss of asset value now equates to an additional $4 billion ($10 billion x 40%) of losses that ripple through our nancial markets.

While the company, in the normal course, borrowed $1 billion against purchased equipment, market mechanics engineered an imbalance of $11 billion potential liabilities ($10 billion CDS, $1 billion loan) to con ict with a much smaller asset base. Accordingly, $5 billion of losses are borne by nancial markets ($1 billion on leverage; $4 billion on CDS) as a conse- quence to a 40% decline on a company’s $1 billion term loan.

LYNN TILTON is the CEO of Patriarch Partners, LLC, a rm she founded in 2000 to manage and monetize the distressed portfolios of nancial institu- tions. Patriarch has since evolved to focus on direct investments in distressed American businesses, managing funds with over $6 billion of equity and secured loan assets. Patriarch funds use leverage, but do not have exposure to CDS. Ms. Tilton began her nance career in 1981 and holds a US patent related to the securitization of distressed commercial loans.