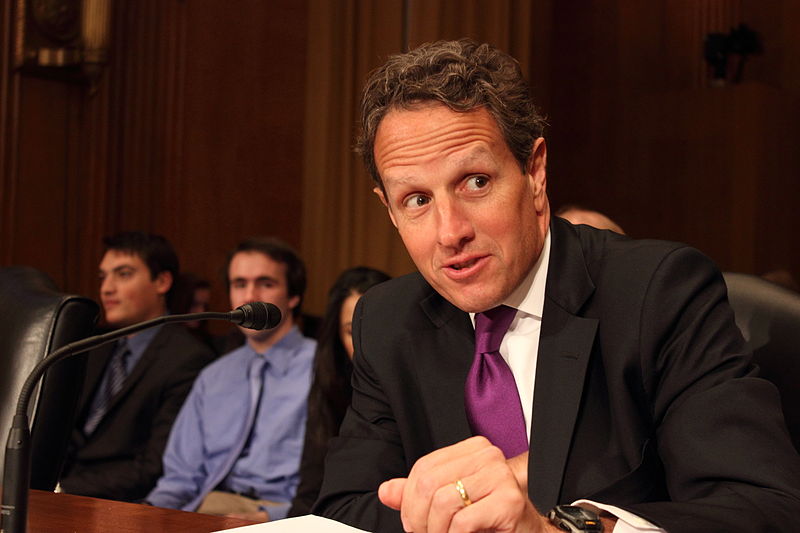 Mr. Geithner — Do You Hear Me Calling?

I struggle to understand why you ignore my letters and calls?  I appreciate the depth and breadth of issues you face, decisions to make and responsibility to bear. Yet I came myriad times with well thought solutions to lending problems that plague our nation, built upon tactical proven business experience.  I volunteered my time, my patented portfolio construction models, and designed solutions to solve the dearth of lending to small and mid-sized companies, (“SMEs”).  With patriotic hat in hand, asking for nothing, I offered demonstrated solutions upon which the Patriarch platform, a $ 7 billion business has thrived over 9 years.  Still my letters remain unanswered and my SME Rescue Loans Program (“RLP”) lies dormant in Treasury hands.

Joblessness is a plague upon America. Including part-time workers coveting full time employ and marginally unattached, those indelibly discouraged, almost 30 million Americans suffer under weight of unemployment.  If each unemployed heads families of 4, joblessness brings suffering to 120 million Americans. I am consistent in my verse, my chorus the same for 14 months – the absence of lending to SMEs would bring rapidly rising unemployment and stall the engine of job creation.  My plans, acknowledged, would have significantly reduced populace pain.

Last October, in response to a Treasury Plan to rescue large banks without mandate to lend, I purchased ads in the Washington Post and New York Times to express deep fears that TARP-infused banks would use Treasury-injected capital to heal internal wounds by selfish means, leaving SMEs without resources for recovery.  I foretold middle market manufacturers, unsung heroes and hope for this nation would be rendered prime casualties and appealed for a national commitment to sustain our core economic base. I proposed a Provisional Federal Bank to lend directly to deserving businesses.  http://patriarchpartners.com/Lynn_Tilton_WashPost_NYT.pdf

On February 2, I sent an open letter, covered by national press, acknowledging the unprecedented obstacles to America’s economy. I addressed the implausible challenges in form of ideas for consideration that, together, represented a multi-spoke approach to foster economic recovery. I warned measures beyond TARP programs needed immediate implementation to avoid a punishing downturn and that SMEs, the backbone of America and its largest employer, remained starved for credit.  I insisted upon rapid and ineradicable acceptance that America’s future relies more heavily upon revival of industry and creation of jobs than resurrection of complex financial instruments. http://www.patriarchpartners.com/open_letter_Geithner.pdf

I questioned your bank reliance and bank confidence, the cost and time to motivate institutions to lend. I feared millions of jobs lost while awaiting banks embark upon the lending crusade.  From whence came assurances cash infused or toxic assets removed would inspire immediate lending to businesses damaged by interim starvation? I believed it time to face the harsh fact that TARP failed to revive lending. I suggested the shortest path between need to unlock credit and emergency loans available was use of Government funds.  http://patriarchpartners.com/dust2diamonds/2009/03/tim-why-won’t-you-take-a-chance-on-lending/

In July, I visited Treasury to present a plan designed upon the simple premise the foremost obstacle to economic recovery was unemployment. Job losses could not be stemmed until liquidation of SMEs halted, and this feat accomplished only by enabling access to capital.  In short, the most direct and rapid solution to stem job losses is to incent private enterprise to originate and monetize rescue-financing loans for struggling SMEs.

The RLP, as presented, accesses unutilized TARP funds set aside for the PPIP Legacy Securities Program. Treasury originally intended $100 billion of TARP funds be used for PPIP programs but, to date, only $30 billion has been allocated. The RLP would use $30 billion for equity and debt investments. The program’s configuration is built upon structures previously announced and requires no additional funding from Congress. The RLP would save jobs, in a manner effective and quantified, through combined private and public sector solution. Private equity would absorb entire first loss, in advance of government loans and equity, significantly reducing taxpayer risk. The RLP would be temporary and replaced with private sector and bank financing as credit markets recover. http://www.smerescueloans.com/

Mr. Geithner, perhaps you believe safety of advice lies with big names like Goldman Sachs, Blackstone and Blackrock.  I suggest you revisit the history of my warnings and quality of advice. And if, sadly, you look only to safe haven, I am a self-made billionaire who has saved 150 companies from liquidation and 250,000 jobs. I believe in America.  My hand remains extended to you. Please hear my call.